Our vision for LOAM is simple: produce the greatest Cabernet Sauvignon in Sonoma County by cultivating exemplary vineyards defined by their soil. All wines in the LOAM series are 100% Cabernet Sauvignon, 100% identical clone and rootstock - but embody the single variable of the soil in which they were grown. 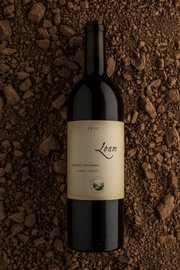 The 2016 Loam Cabernet Sauvignon is the proprietary blend of grapes sourced from vineyards planted in Positas, Suther, and Clough soils. It is comprised of the best vineyards, grown in the best soil, from the best appellations. Perfectly structured, Loam balances the brightness and focused tannins of hillside fruit with the dense, rich characteristics of fruit grown in the ancient riverbed and valley floor soils.

Formed through sedimentary flow, Clough soil is a gravely loam, layered in quartz and chert. This soil is found on gently undulating old terraces at elevations of 200 to 1,000 feet. Moderately well drained, Clough is derived from conglomerates and other sedimentary rocks and is considered to be a moderately acidic soil with a normal pH of 5.8. 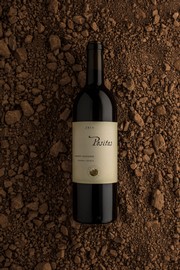 Tumbled through the ages by creeks and rivers, Positas is a gravelly Loam soil formed in alluvial material. Primarily located between 200-1,000 feet in elevation, Positas soils are found on stream terraces and side slopes, commonly referred to as benchland, home to some of the greatest Cabernet Sauvignon.

Weathered from metamorphic rock, Suther is a gravelly Loam found on the side slopes of mountains underlain by sandstone and shale. Primarily located between 500-3,000 feet in elevation, Suther soils are only found in the geographic locations associated with great Cabernet Sauvignon.